Tova Helgesson called people who entered her plot for bastards. JLC mentioned this in their podcast and thought there were other words to use. According to JLC, it would be best not to react at all and the group took Joakim Lundell as an example that it does not help to go out on social media and shout at people. According to JLC, it only gets worse.

Mikael Hallström reported about this on Youtube. Maybe mostly out of vanity because JLC mentioned him in the podcast and called him "brother". Pontus Björlund ie ANJO thought the story lacked news value and was ridiculous. So he questioned Mikael Hallström from Cluee News on Instagram. With the result that he was blocked by Mikael, who believes in his post, among other things, that he has been compared to Olof K Gustafsson.

ClueeNews: -I make news about JLC criticizesing Tova and get compared to Olof K. 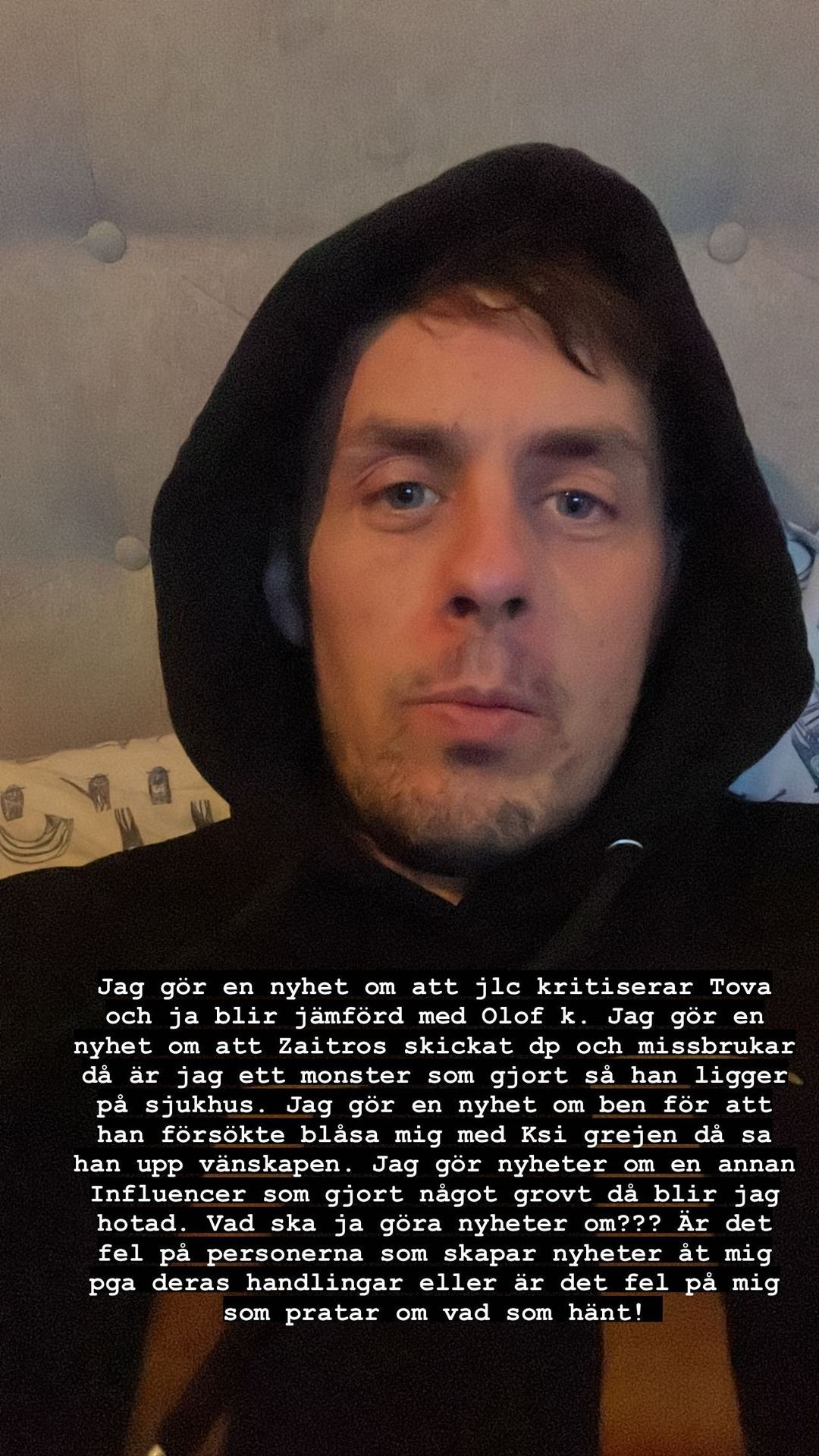 ANJO: -Yeah there you were blocked by Cluee News

because you question a in my opinion quite ridiculous news… and then he says in the story that he has been compared to Olof K? But what ?!
The level of source criticism. Stop playing victim please because it is not a pity about you… 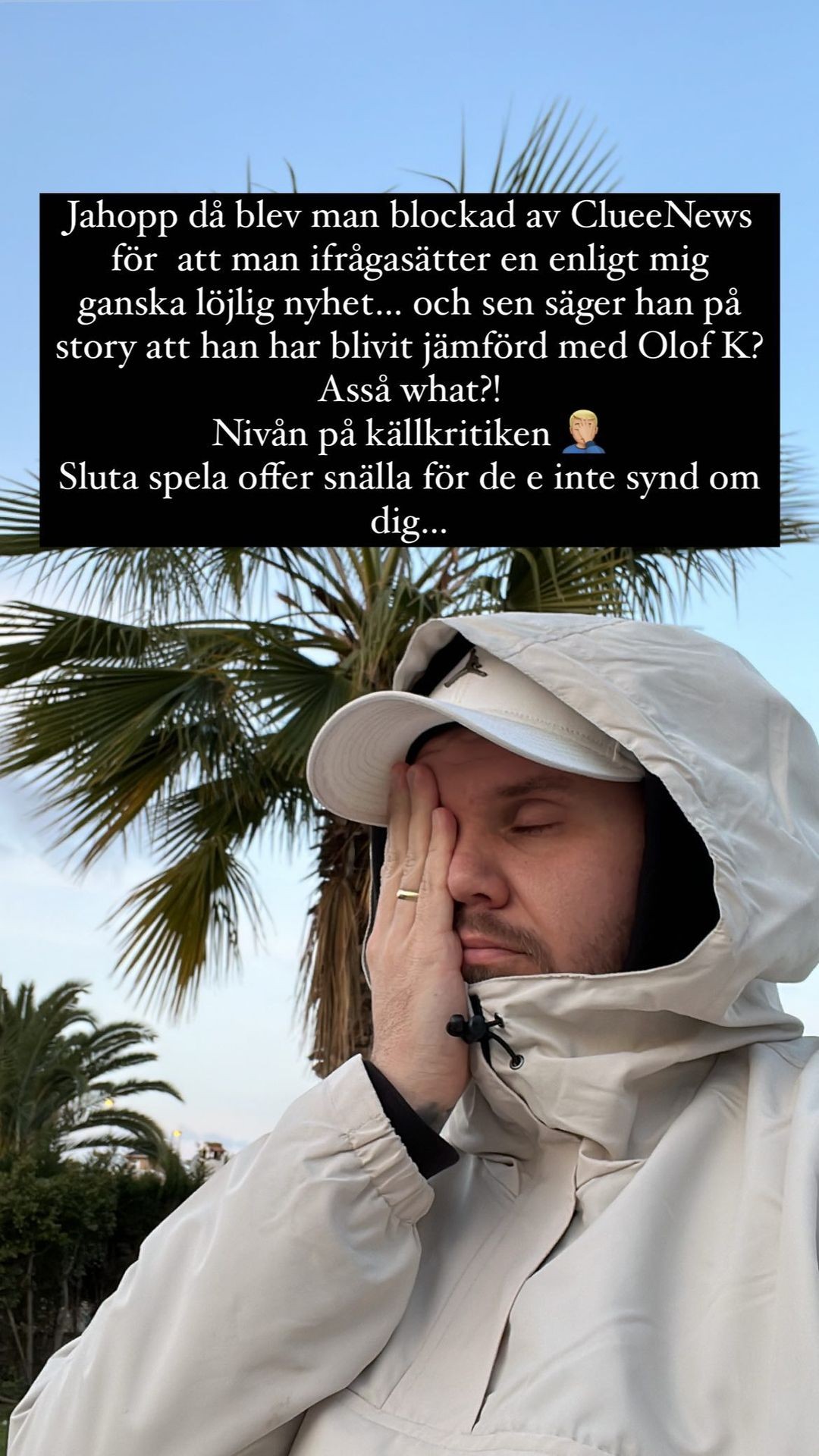 There were probably several people who raised their eyebrows a little extra when it turned out that Cluee News with Mikael and his hired layout creator and writer went over to Nyheter24. Given that he only a couple of years ago made several Youtube videos where he described Nyheter24 as a sect and called his current colleague Quetzala Blanco a ghetto bride among other things. So he's probably not as sensitive as it seems.

The transition to Nyheter24 and the fact that Olof K sent him his first banknote as a gift may have made Joakim Lundell skip Mikael's episode when he promoted ANJO's series about mental illness. It is easy to get excluded if you sail by the wind too often.

But on the other hand… This bunch of guys with varying numbers of youtubers chop each other in the back quite well and then, when appropriate, become friends again. If they´re enemies, then the internal messages are released, from which a story is created on Youtube or on Instastory. They call it drama. I call it view fishing.